Annual crime statistics released by Statistics New Zealand have again raised concerns over how family violence is measured. Despite calls for ... 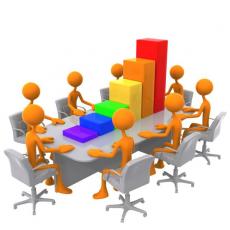 Annual crime statistics released by Statistics New Zealand have again raised concerns over how family violence is measured. Despite calls for more comprehensive statistics by NGOs, Police have not provided data specifically on family violence.

New Zealand Police are currently developing a new statistical dataset on victims and offenders. They have said this will enhance the available statistical information relevant to family violence. In particular, it will include:

During 2015, Police plan to begin publishing a new official statistics series on victims and offenders containing this new information.

Prior to the release of the crime statistics, Chief Executive of Women’s Refuge, Heather Henare, expressed concern that the lack of comprehensive data meant it wouldn't paint a true picture of the level of family violence in New Zealand.

Green MP Jan Logie said, "The fact we're told we won't have reliable data at all for this term of Parliament absolutely undermines the Government's goal of reducing crime. We know family violence is the primary driver and they have a target of reducing that by 20 per cent. If we can't measure it, it really puts that target into question."

Women’s Refuge, the Pacific Islands Safety and Prevention Project and Shakti also expressed concern about trends they are seeing in Police practice such as:

The crime statistics showed an increase in recorded sexual assault offences of 10.8%. Police said the increase is "likely to be a result of greater trust and confidence in police rather than a spike in offending". However Director of Rape Prevention Education, Kim McGregor, said not all complaints are taken seriously by Police. She acknowledged a new Police advanced adult sexual assault training and a positive relationship between TOAH-NNEST and Police. However she also cited a recent case where Police responded to a mother reporting the rape of her 16 year old daughter by saying she had probably just had sex with her boyfriend but called it rape to avoid being told off.

The crime statistics can be accessed at the Statistics New Zealand website.

Requests for specific data can be made to Police by emailing police.statistics@police.govt.nz.