New Zealand women who have experienced partner violence are more likely to contemplate suicide, according to New Zealand findings published in ... 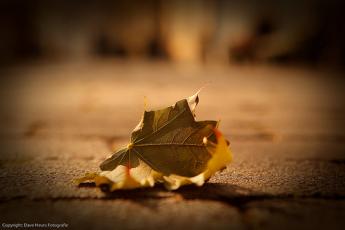 New Zealand women who have experienced partner violence are more likely to contemplate suicide, according to New Zealand findings published in the Australian and New Zealand Journal of Public Health last week.

Researchers from the New Zealand Family Violence Clearinghouse and the University of Auckland wrote the paper, which investigated factors associated with suicidal thoughts and intimate partner violence in 2,855 New Zealand women aged between 18-64 years. Of the 2,855 women, just over a third (956, 33.5%) reported that they had experienced physical or sexual intimate partner violence and more than a quarter (757, 36.5%) reported that they had ever thought about ending their life.

The data gathered from face-to-face interviews and from the New Zealand replication of a World Health Organisation study, showed that several factors had increased the likelihood of a woman with experience of partner violence to consider taking her own life including if the woman felt that her partner’s behaviour affected her mental health; if the woman had experienced stillbirth, abortion or miscarriage; or if she used recreational drugs. Findings also showed that women who reported abuse within the last 12 months were at an increased risk of suicidal thoughts.

Dr Pauline Gulliver from the New Zealand Family Violence Clearinghouse and co-author of the study says that this study provides high-quality research in a New Zealand context which will add to educated debate.

Dr Gulliver says: “Knowledge of how these factors may interact has a potential to improve the clinical responses which are offered to women who present with these life experiences. “Our findings point to the need for all health care providers to routinely enquire about intimate partner violence among their patients and also show a need for a close working relationship between drug, alcohol, mental health and reproductive services; and for these services to be aware of the importance of family violence generally, and partner violence more specifically, in the emotional wellbeing of the mother.”

This study corroborates international findings that women’s experience of intimate partner violence is strongly associated with increased risk of suicidal thoughts and the findings are supported by the 6th Annual Report of the Perinatal and Maternal Mortality Review Committee which reported on New Zealand’s high rate of maternal mortality, with suicide the major cause for 2010.  Of the deaths reviewed in the Perinatal and Maternal Mortality Review, half of the women who took their own lives had a history of family violence.