UNICEF has produced an Information Sheet: Physical Punishment of Children in New Zealand – An Update. This follows concerns over Conservative ... 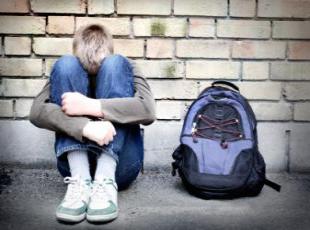 UNICEF has produced an Information Sheet: Physical Punishment of Children in New Zealand – An Update. This follows concerns over Conservative Party leader Colin Craig's election promise to change Section 59 of the Crimes Act. Craig told Radio Live that he hits his eight year old daughter as a form of discipline and would like to change the 2007 legislation as it is "unpopular" and "doesn't work".

The amendment of Section 59 of the Crimes Act made "better provision for children to live in a safe and secure environment free from violence by abolishing the use of parental force for the purpose of correction" (from the Act). The legislation was an initiative taken to address New Zealand's significant child abuse, death and maltreatment rates - among the worst in the OECD.

UNICEF New Zealand Advocacy Manager Deborah Morris-Travers says, "The law passed in 2007 granted children their right to legal protection from assault and is a necessary part of creating a culture that doesn’t tolerate violence against children. The law is carefully administered by police to avoid unnecessary prosecutions (with just eight prosecutions since 2007) and there is no need to tinker with it".

UNICEF and Shine say equipping parents with positive parenting strategies helps parents deal with difficult situations rather than resorting to violence. Shine has noted more people asking for help to improve their parenting skills since the law came into effect. Jill Proudfoot, Client Services Director of Shine says Section 59 allows no grey areas. "It's absolutely clear that hitting a child is assault if used as a form of discipline. Children now just have the same protection as adults and animals".