The Government has responded to Parliament's Health Committee Inquiry into practical health and social interventions to promote children's wellbeing, ... 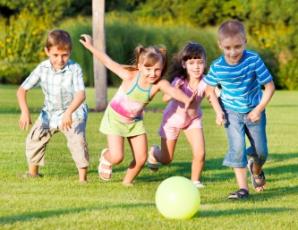 The response has been criticised as a "missed opportunity" with many pointing out it acknowledges activity already in place, with little clear vision or action for the future.

Chair of the New Zealand Medical Association, Dr Mark Peterson, said "The Health Committee called for an effective whole-of-government approach for children, with an integrated approach to service delivery and a particular focus on early intervention ... The Government has come back with a piecemeal, fragmented response to the report’s call for a whole-of-government, inter-agency plan."

Recommendations for a sexual health services overhaul was partly accepted by the Government stating sexual health education would be reviewed in 2014.  However Family Planning Chief Executive, Jackie Edmond said she was disappointed it appeared the status quo would remain. She said "We were very pleased with the report, but it appears very little is actually going to happen as a result."

UNICEF NZ National Advocacy Manager, Deborah Morris-Travers, said the response heavily relied on current policies of Better Public Service Targets and the Vulnerable Children's Action Plan. "The response points to a number of important initiatives currently underway with a focus on children but we are concerned that there seems to be a heavy reliance on a few selected programmes when the issues require a multi-faceted response."

Chair of the Health Committee Inquiry, Paul Hutchinson, said it was very positive the Government had accepted a considerable number of recommendations. He said "The Government has set the foundations for much of what the committee advocated, and this positive response should encourage Parliament and every sector of New Zealand society to continue working towards improving children's health outcomes and diminishing child abuse statistics."