International Women's Day, marked on 8 March each year, celebrates the progress, achievements, courage and struggles of women in global communities. ... 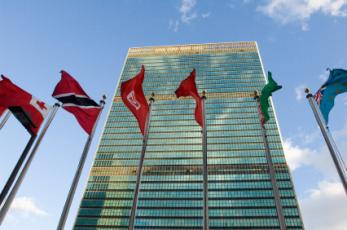 International Women's Day, marked on 8 March each year, celebrates the progress, achievements, courage and struggles of women in global communities. This year, UN Women launched a new equality branding campaign, HeForShe, which encourages men all over the world to speak out against the inequalities faced by women and girls.

Alongside the theme, "Equality for women is progress for all", International Women's Day also provided the opportunity to review the challenges and achievements of the Millennium Development Goals (MDGs) for women and girls, ahead of the 2015 deadline.

The future MDG agenda was discussed at the 58th Session of the Commission on the Status of Women (CSW), held in New York between 10 and 21 March 2014. Attended by 6000 representatives of 193 Member States, the Commission was working towards developing a final discussion document on the MDGs, contributing to the shape of a future development agenda expected to be adopted by Member States at a Summit in September 2015.

UN Women Executive Director Phumzile Mlambo-Ngcuka welcomed the outcome of the meeting, saying "Member States have stressed that while the Millennium Development Goals have advanced progress in many areas, they remain unfinished business as long as gender inequality persists ... I commend the Commission for identifying critical issues that were not sufficiently addressed by the MDGs and calling for measures to address these. Notably, Member States highlight the pandemic of violence against women and girls that affects women and girls worldwide."

The Commission came ahead of the 20th anniversary of the landmark Fourth World Conference on Women, held in Beijing in 1995. The Beijing Declaration and the Platform for Action is considered the key global policy document on gender equality, addressing women and poverty, violence against women and the human rights of women.

New Zealand family violence NGOs and Women's Affairs Minister Jo Goodhew were among those attending the Commission. Jo Goodhew said "New Zealand has a strong reputation internationally on gender equality. This is an opportunity to share our work to improve the lives of women across our region, and to learn from other nations."