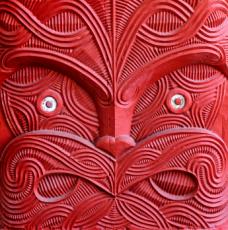 The Tertiary Education Commission's decision to not renew Centre of Research Excellence (CoRE) funding to Ngā Pae o te Māramatanga has raised concerns about the marginalisation of Māori research.

Ngā Pae o te Māramatanga was not shortlisted by the Royal Society of New Zealand (on behalf of the Commission) for ongoing funding and therefore will not be considered for further CoRE funding post December 2015. Unless alternative arrangements can be made, the centre will close.

Ngā Pae addresses family and whānau violence under the research priority "Fostering Te Pā Harakeke", concerned with understanding what keeps a family well and prospering, and the barriers that exist.

Professor Linda Tuhiwai Smith who was a Founding Co-Director of Ngā Pae o Te Māramatanga, wrote an open statement, guest blog and list of actions to take, saying, "In my area of Māori research, it took decades to develop the foundations of a single national research infrastructure. It took decades upon decades for Māori to make their way, one by one, through an education system that was not excellent to gain the highest qualifications. It took persistence to survive in knowledge cultures that did not value diversity let alone Māori knowledge. It took vision to focus on producing a critical mass of Māori with the highest academic qualifications from New Zealand and international institutions. ... So what tumbles down when Ngā Pae o te Māramatanga is informed it will no longer be funded? A centre? Some funding? Yes of course, but the impact is much greater. What tumbles down will cut more deeply into the capacity, momentum, community, system of knowledge, networks, relationships, intellectual excitement that was emerging from this Centre of Research Excellence."

Dr Pita Sharples of the Māori Party said in a press release, "The decision not to renew funding to Ngā Pae o te Māramatanga is a slap in the face to Māori research and researchers and is a clear sign that Government agencies are marginalising Māori development and communities". He noted the decision is at odds with Kā Hikitia, the Māori Education Strategy, He Kai Kei Aku Ringa and the Tertiary Education Strategy.

Dr Leonie Pihama of Te Wharepora Hou also highlighted the lack of visibility of Māori research priorities within the CoRE and National Science Challenge funding streams. She says "The issue of the ‘white-streaming’ (to borrow a word from Dr Anne Milne) of research and research funds has been a growing issue over the past few years and has now again become entrenched as a fundamental structural and systemic act of racism. And we should be very concerned. Such acts remove the ability of whanau, hapu, iwi, Maori organisations to take control of our research agenda."

Māori members of the Tertiary Education Union have called for the Commission to reconsider the funding application immediately. Dr Margaret Taurere of the TEU said "For Ngā Pae not to receive funding will detrimentally affect established and emerging Māori researchers, Kaupapa Māori and mātauranga Māori research outputs. Ngā Pae is a renowned beacon of success, both for Māori academia and for the wider Māori community, which benefits from its work."

Three other Centres' of Research Excellence, the Riddet Institute at Massey University, Gravida at Auckland University and the Bio-Protection Centre at Lincoln University, also failed to win continued funding from the Tertiary Education Commission.

Video of the presentations from a workshop held on 20 March 2014, The Value and Future of Māori Research, are now available online.