Children's Commissioner Russell Wills had added his voice to widespread opposition to proposed Family Court reforms. He expressed concern at ... 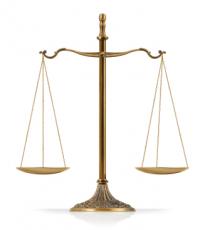 Children's Commissioner Russell Wills had added his voice to widespread opposition to proposed Family Court reforms. He expressed concern at the cost of the proposed Family Dispute Resolution (FDR) service, $897. He said, "I am concerned that the proposed fees will result in parents who are having a relationship dispute being unable or unwilling to use FDR."

He was also concerned about the planned reduction in legal representation for children of parents involved in disputes. He said it could also breach the Government's commitments under the United Nations Committee on the Rights of the Child: "There is a likelihood that this amendment will lead to international criticism."

The Green Party said Judith Collins needs to listen to the judges, lawyers and others who have warned that her Family Court reforms will create a serious risk to the safety of parents and their children. “The safety of all parties must be the key driver of any changes to the Family Court process,” said Green Party justice spokesperson David Clendon.