Impact Collective recommends an integrated system for IPV and CAN

The Impact Collective have released a report proposing the establishment of an integrated system to better address intimate partner violence ... 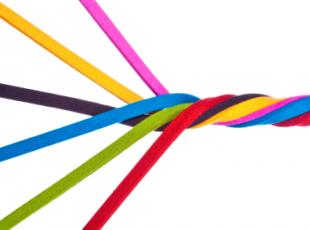 The Impact Collective have released a report proposing the establishment of an integrated system to better address intimate partner violence (IPV) and child abuse and neglect (CAN).

The Way Forward - An Integrated System for Intimate Partner Violence and Child Abuse and Neglect in New Zealand was written by Ruth Herbert and Deborah Mackenzie, in partnership with Violence Free Network Wairarapa (VFNW). VFNW is an interagency network of providers working to eliminate family violence in the Wairarapa region.

The authors describe an integrated system as a "formal and proactive response whereby all agencies will deliver consistent and safe services. Complex problems such as IPV and CAN involve multiple agencies and individuals, each with differing responsibilities and working on different parts of the problem. An integrated system for IPV and CAN is where all agencies and individuals who are either directly or indirectly involved at all levels operate as one system."

They write, "The New Zealand and international evidence is clear that in a high proportion of families IPV and CAN and sexual violence are all occurring. The system that responds to CAN must be integrated with the system that responds to IPV. Strategies aimed at addressing CAN are less likely to be successful unless any current or past IPV is also addressed and vice versa."

In contrast, they conclude that "at present, the system is broken, fragmented and inconsistent, has gaps and overlaps and no infrastructure to hold together all the services and outcomes."

"Organisational practice is inconsistent. There is no standardised approach for identifying and managing high risk cases. There are no clear lines of accountability, no mechanisms to repair parts of the system when things go wrong and no evidence-based and standardised safety planning processes to ensure all those travelling the system are safe. Services are fully stretched and there is no way we can keep loading more cases into the current system. Meanwhile we focus on temporary repairs - minor adjustments and short-term initiatives, thinking that if we just did one or two more things we could fix the problem."

The infrastructure of the integrated system they propose would consist of a national "backbone agency" and approximately 32 regional hubs. Rather than replacing what already occurs, it would incorporate and build on existing networks, agencies and multi-agency processes; fill gaps and remove overlaps and inconsistencies; and provide infrastructure and processes to link and support all parts of the system to work together.

The report also considers the financial implications of introducing an integrated system. The authors state that investing in the system they propose would produce a 15-fold diminishing return on investment.