A judge has attracted criticism for comments and decision to discharge a man without conviction after he assaulted his partner, daughter and ... 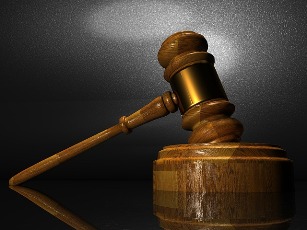 A judge has attracted criticism for comments and decision to discharge a man without conviction after he assaulted his partner, daughter and a man he believed she was romantically interested in.

In his comments in the Queenstown District Court, Judge John Brandts-Giesen said:

"Really, this is a situation that does your wife no credit and does the [male] no credit. There would be many people who would have done exactly what you did, even though it may be against the law to do so. I consider that the consequences of a conviction are out of all proportion to what happened on this occasion."

Victim advocates have criticised the judge's decision and comments. The NZ Herald reported barrister and victim advocate Catriona MacLennan said the judge's comments and decisions "... display a complete lack of understanding of domestic violence." In an interview with Newstalk ZB, Ms MacLennan also said the Chief District Court Judge needs to step in and review these cases, and that judges need more training.

"I cannot comment on the case at this stage because it may be the subject of appeal. But to the extent that the Judge may have expressed himself inappropriately in any event, I do not seek to defend his remarks. And I am sure on further reflection neither would he."

Judge Brandts-Giesen has a specialist warrant to preside over Family Court sittings. In his 41 year career prior to becoming a judge, he "primarily practised family law, including conducting relationship property and care of children cases and numerous appointments as lawyer for the child."

The same week as Judge Brandts-Giesen's comments, former police officer Ben McLean was sentenced for the murder of his estranged wife, Verity McLean and the attempted murder of her new partner, Gary Duggan.

Issues with judge's understanding of domestic violence were also highlighted recently when the Court of Appeal overturned a Family Court and High Court decision to deny a protection order. The Court of Appeal found the initial Judge made errors in how he interpreted the Domestic Violence Act 1995 saying "His decision can be characterised as plainly wrong or as one that took into account irrelevant factors and failed to take account of relevant factors."

The Backbone Collective was launched in 2017 to give a national voice to survivors of violence against women. They have published a number of reports based on surveys of victims highlighting concerns about the Family Court. See our recent story, Backbone Collective releases report on children's experiences of the Family Court for the latest report and links to past reports.