Proposed framework, survivor survey and symposium on inquiry into abuse in state care

At the opening of Parliament in November 2017, the new Labour-led Government announced there would be an independent inquiry into abuse of children ... 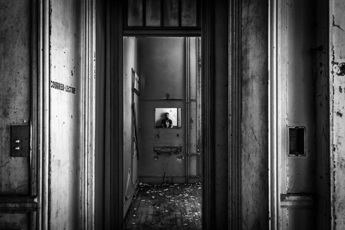 At the opening of Parliament in November 2017, the new Labour-led Government announced there would be an independent inquiry into abuse of children in state care.

Media has reported that details of the inquiry will be announced on Thursday.

In the lead up, a team of academic and legal experts has released findings from a survey of survivors and a proposed framework for the inquiry. A workshop is also being organised to review the Government’s draft terms of reference once they are released.

Symposium on inquiry into abuse of children in state care

A two-day symposium will be held on 14 - 15 February 2018 in Wellington. It is being hosted by the Aotearoa New Zealand Centre for Indigenous Peoples and the Faculty of Law at Auckland University; New Zealand Centre for Human Rights Law, Policy and Practice; and Institute of Criminology School of Social and Cultural Studies. The purpose is to evaluate and make recommendations on the Government’s draft terms of reference for inquiry into the abuse of children in state care. It will focus on the scope of the inquiry, compensation and apology. For more information see the Law Foundation which has provided some funding for the event.

The survey aimed to quickly capture survivor's views on an inquiry. More than 300 people completed the survey in November 2017. The brief report, Survivors’ Survey on Inquiry into Abuse in State Care (January 2018, see Annex 2), provides a summary of feedback from survivors on the following topics:

The authors note that the survey provides only a limited overview and further, more comprehensive engagement with survivors is essential:

"It is vital that those establishing the Inquiry develop more substantive engagement with survivors, particularly those that do not have strong capacity or are disconnected from the above networks, before finalising any Terms of Reference."

"In a bid to make this survey short and time-effective, there are several issues that have not been covered. Again, further exploration of survivors’ views on the scope and practices of any Inquiry is recommended."

Drawing on the survey and consultation with advocates, the authors have prepared a Draft Framework for a NZ Royal Commission into Abuse in State Care (December 2017, see Annex 1). The framework outlines 20 recommendations. In summary they are (paraphrased):

Additional commentary about the pending inquiry

In a 2017 article, Revictimisation is a real risk in a state care abuse inquiry. Here is how to avoid it, academic Elizabeth Stanley argued for the scope of the inquiry not to be too narrow, or too wide. She also calls for the inquiry to consider current as well as historic abuse, calling the 1992 cut-off date for previous work on the issue "arbitrary."

CLAN NZ (Care Leavers Australasian Network NZ) has previously called for many of the same recommendations including establishing a Royal Commission, including all forms of abuse (not only sexual abuse) and including all types of out of home care, including faith-based organisations.

Advocate Paora Crawford Moyle has raised many of the same concerns and recommendations identified in the framework. Ms Moyle has also called for the inquiry to include all types of abuse and all types of care.

In an interview with Radio NZ, Prime Minister Jacinda Ardern said the inquiry would focus only on state care (see video at 4:30), saying:

"This for us is about the role that the state played. We need to hold responsibility, we need to open ourselves up to inquiring into the harm we had direct responsibility for. We haven't even done that yet."

The director of the Catholic Church's National Office for Professional Standards in New Zealand, Bill Kilgallon, has said it is a missed opportunity not to include faith-based organisations.

The Māori Women's Welfare League President Prue Kapua has urged the Government to "ensure victims and bodies and organisations that have had a long involvement in this issue are consulted so that we get it right and we can work towards a State care system that does not provide the opportunity for such abuse in the future.”

A recent report from Oranga Tamariki, the Ministry for Children found higher rates of harm among children in care than previously estimated.

Stephen Winter, Senior Lecturer in Politics and International Relations at the University of Auckland, has raised concerns about the current approach to monetary redress for survivors.

The Prime Minister said the Government would put out a starting point, but an independent chair would consult before specific terms of reference were defined (9 minutes into video).

The Australian Royal Commission into Institutional Responses to Child Sexual Abuse released its final report and recommendations in December 2017.

The Age of Inquiry is a project to map inquiries into abuse of children in institutional care globally. The goal is to develop a comprehensive, publicly available online database of child abuse inquiries. The project is based at La Trobe University in Australia. Learn more on the Find and Connect blog.

Government criticised for decision to not conduct inquiry into child abuse, December 2016

'I want the state held accountable' - Ardern wants state abuse inquiry to be an open process, One News, 29.01.2018

Campbell on the inquiry into the abuse of children in care, Opinion: Gordon Campbell, Scoop, 18.01.2018

Government inquiry into child abuse will not include churches, sports clubs, NZ Herald, 16.01.2018

Calls to include faith institutions in abuse investigation, Radio NZ, 12.01.2018