The Waitangi Tribunal has found the Crown has breached its Treaty obligations by failing to prioritise the reduction of Māori reoffending relative ... 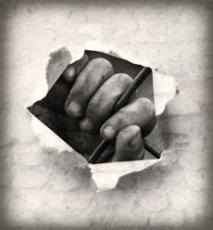 The Waitangi Tribunal has found the Crown has breached its Treaty obligations by failing to prioritise the reduction of Māori reoffending relative to non-Māori.

An urgent inquiry was conducted in 2016 in response to retired senior probation officer Tom Hemopo's claim that the Crown had failed to make a long-term commitment to reduce the high rates of Māori reoffending. The claim was brought on behalf of himself and his iwi, Ngāti Maniapoto, Rongomaiwahine and Ngāti Kahungunu. Māori make up about 15% of the national population but more than 50% of the prison population.

The report, Tū Mai te Rangi! Report on the Crown and Disproportionate Reoffending Rates, is the outcome of the inquiry. The Tribunal examined activities of the Department of Corrections and its recently established Māori Advisory Board. For more information about the claim and inquiry see the Ministry of Justice Waitangi Tribunal webpage.

Findings from the report

In conclusion the Tribunal stated:

"We have therefore found that the Crown has breached the principle of active protection by not sufficiently prioritising the protection of Māori interests in the context of persistently disproportionate Māori reoffending rates.

... We have also found that the Crown has breached the principle of equity by not sufficiently prioritising the reduction of Māori reoffending rates.

The Tribunal made the following recommendations:

Initial Government response to the inquiry - the Safer Communities package

Just prior to finalising the report, the Crown submitted a memorandum to the inquiry highlighting actions that the Crown has taken to address Māori reoffending, particularly the $503 million Safer Communities package announced in February 2017. The findings from the inquiry related to this memorandum are included as an addendum to the report.

The inquiry noted the bulk of the new funding is for Police. They stated their concerns originally raised in the report remained, specifically:

The inquiry stated their original findings and recommendations would remain despite the introduction of the Safer Communities package.

The day before the release of the Waitangi Tribunal report, Police Minister Paula Bennett and Justice Minister Amy Adams announced $10 million for initiatives to improve Māori justice outcomes. The first initiative will fund a hub providing four new whānau-centred justice services. The services were co-designed by the justice sector and Christchurch-based Ngā Maata Waka and include a program to prevent young Māori from offending, intensive mentoring for young people who have offended, support for women in prison and support for young people to obtain driver licences.

Responses to the Waitangi Tribunal's report

Radio NZ reported that Tom Hemopo, who filed the claim, welcomed the report saying "I am more happy for our people." He said "Maybe there is a glimmer of hope now that things will actually happen and the system will get better."

Ngāti Kahungunu was also a co-claimant in a previous claim 10 years ago. The Hawke's Bay Today reported that Ngāti Kahungunu Iwi Incorporated chairman Ngahiwi Tomoana said "At that time [of the first claim] there was a disproportionate amount of Maori going through the Corrections system, they were getting longer sentences and less chance of parole, and programmes designed for them were ineffective." He went on to say "Ten years later things had got worse - it's frustrating we had to go back to the tribunal again to tell them things were no better."

Ray Smith, Chief Executive of Corrections has responded to the report saying the Tribunal was fair and balanced and has provided recommendations which are "very doable." Radio NZ reported that Ray Smith also said "I am open to any ideas that can make a difference. I don't feel in the slightest defensive about this. ... There is a plan of response to Māori reoffending but it is not as in depth as it should be."

Ngā Pae o Te Maramatanga Co-Director Tracey McIntosh welcomed the report however emphasised that prisons are not the solution. Professor McIntosh called for an absolute objective around decarceration, including providing educational and employment opportunities and ways to support flourishing Māori.

Māori lawyer Moana Jackson said prisons do not work for Māori or non-Māori. He expressed scepticism as to whether the Department of Corrections will take action in response to the report.

"this report confirms a bleak picture within our justice system for Māori. But it also sets out a blueprint for change. That is a gift for any Government serious about changing this bleak picture. If we want to substantively address the structural problems in our system then we need to do more than give programmes Māori names and allocate more than relatively small amounts of money without any focused strategy."

The fear of admitting our Prison and Justice system is racist, Waatea News, 18.04.2017

Waitangi Tribunal report on prisons “does not go far enough”, Press Release: No Pride in Prisons, 12.04.2017