Grief and support are being expressed following the murder of two children by their father in Dunedin. The case has highlighted the link between ... 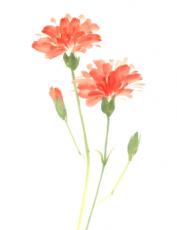 Grief and support are being expressed following the murder of two children by their father in Dunedin.

The case has highlighted the link between intimate partner violence and filicide (the killing of children by a parent) after separation.

Edward Livingstone was estranged from his wife Katharine Webb. He had been charged with breaching the Protection Order she had taken out against him twice.

Media reported that Edward Livingstone told a friend in August 2013 that he was planning to murder his children then kill himself as he became "consumed with revenge" after the separation. Media reported that a complaint was laid with Police, but the complainant was never interviewed and Police didn’t follow up.

A friend said, "The kids were Katharine's life - they were the centre of her universe - and he knew that killing them was the worst thing he could do to her, and that's why he did it."

Media also reported Livingstone had chased his wife around the streets in his car, and that Webb was so scared of him she had installed an alarm by her bed so she could alert neighbours if she was in danger.

Women’s Refuge Chief Executive Heather Henare called for a stronger response to breaches of Protection Orders: "We need to concentrate on the fact that there is a link between breaches of protection orders and domestic violence murders in this country".

In December 2013, a report by the Independent Police Complaints Authority found that Police responses to complaints of Protection Order breaches by a Northland woman who was subsequently killed were "poorly managed and grossly inadequate".

Domestic abuse charity Shine spokesperson Jill Proudfoot called for law changes to better protect children where there is violence between their parents.

This page is being updated and media links added (below) as they become available.

“During 2009 and 2010, there were a total of 22 family violence and family violence related deaths of children ... All three of the children aged over five, died in a murder-suicide that occurred as the parents were separating. This suggests these deaths were IPV [intimate partner violence] related.” (p.46)

"This Discussion Paper examines the motives and background to ‘filicide’— the killing of children by a parent. While these deaths are often described in the media as ‘inexplicable’, this new research identifies a link between the killing of children and violence against women. The paper considers international research, Australian Institute of Criminology data and case examples of both fathers and mothers who kill their children.”

"This report provides the first complete picture of homicide within families in New Zealand. It found that there were 141 homicides perpetrated by a member of the victim's family, intimate partner or ex-partner in New Zealand between 2002 and 2006 and that: of the 141 deaths, 77 were couple-related homicides, 38 were child homicides and 26 were other family member homicides...”

The report states, “Eight children whose deaths are reported in the following chapter were killed by their father in the context of relationship distress and dispute between the adults. While the children were the victims, the other parent appears to have been the main target. In three of these events the perpetrator also committed suicide.” (p.36)

"This report examines the experiences of 43 Māori, Pakeha, Pasifika and other ethnic minority women who were victims of male partner violence, the impact of the violence on them and their children, and their experiences of the justice system when they reached out for protection.”

Calls for tougher law enforcement after children's murders, One News, 16.01.14