Police have released crime statistics for the year ending 31 December 2013, showing a drop in recorded crime by 5% per head of population. In ... 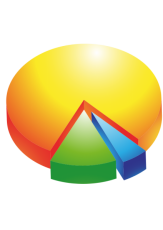 Police have released crime statistics for the year ending 31 December 2013, showing a drop in recorded crime by 5% per head of population.

"These statistics include offences recorded by police in all contexts, whether family violence or not. Since 2011 these statistics have not distinguished between different contexts in which offending occurs, but simply categorised offences according to how they are defined in legislation.

Police are developing a new set of statistics that will include the relationship between victim and offender. This will provide greater insight into the contexts in which crime occurs. For example, we will be able to distinguish crime occurring within families from crime where the victim and offender are acquaintances or strangers. We expect this new information to be available later this year."

"It remains a disappointment that crime statistics do not give us any indication about how we are tracking with domestic violence. What we are seeing today is a picture of crime in New Zealand that does not adequately include one of the most serious, insidious and under reported problems in our society. In that regard it is also concerning to note that homicides have increased by 11.9% given that around half of all murders in this country are family violence related.

We are not seeing any decrease in our own work with women, children and families impacted by domestic violence across the country. In addition, many of the women we work with still do not report to the Police and much work needs to be done to improve this.

We acknowledge that the Police are developing a new set of statistics that will provide information on domestic violence. This has been slow to come about which is disappointing as we believe that the lack of data and transparency around other Police held information has frustrated our work to improve outcomes for victims of domestic and family violence."

The figures show an 11.6% increase in sexual offences. Deputy Police Commissioner Mike Bush and Minister for Police Anne Tolley said this was likely to be due to increased reporting. Labour’s Police spokesperson Jacinda Ardern said  we can only speculate on why the numbers are up but there is also more that can be done: "Police and the Minister have said that they believe it's down to increase in reporting and if that's the case that's fantastic. But we don't know for sure and one thing we've got to be really careful about is making sure that when victims do report they get a good response."

A full copy of the statistics and frequently asked questions can be viewed on the New Zealand Police website.

Image: Diagramma a torta by Emilie Rollandin. In the public domain.