ACC has announced the development of a pilot programme on healthy and respectful relationships for secondary school students, to prevent sexual ... 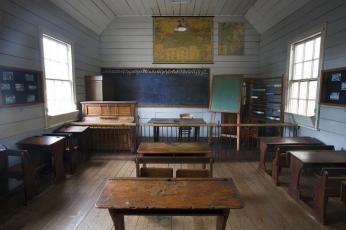 ACC has announced the development of a pilot programme on healthy and respectful relationships for secondary school students, to prevent sexual and dating violence.

ACC Minister Judith Collins said, "Encouraging a culture of respect is one of the most effective ways we can help to prevent sexual and dating violence. This pilot programme will teach young people the value of having healthy relationships based on respect, negotiation and consent."

The programme is being developed with an Advisory Group made up of sexual violence sector representatives, interested community groups, government agencies and specialist academics, with input from students, parents and teachers.

ACC is currently seeking Registrations of Interest for delivering the pilot from specialist sexual violence services through the Government Electronic Tenders Services (GETS). The closing date is Thursday 10 April, 4pm. The pilot will be delivered in Term 3, 2014. Providers must demonstrate experience and competence in sexual violence prevention and delivering programmes to young people. Male and female co-facilitation will be preferred. The programme will have one developmentally appropriate module in each of years 9-13. Modules will contain content to be delivered over 3-5 one-hour sessions over a school term.

ACC Sexual Violence Prevention Programme Manager Sandra Dickson said the programme would address the current inconsistency of relationship education within schools. Currently there is no nationally available sexual violence prevention programme. ACC is working to develop a programme that is well-resourced, multi-year and based on best practice. ACC spokesman Glenn Donovan said the recent 'Roast Busters' case had heightened awareness of coerced sex and through this programme, students would be provided with tools to seek help if they were feeling unsafe.

Abuse and Rape Crisis Support (ARCS) Manawatu manager Ann Kent welcomed the pilot project. She said "I think it's a big positive that ACC is directing resources into the prevention of sexual violence and to develop a national programme", and that more schools were likely to pick up the programme if it was based on international best practice.

In related work, the Ministry of Education is currently developing guidelines to enable schools to identify and choose evidence-based programmes. A recent review commissioned by the Families Commission examined international and New Zealand evidence and literature on what works in school-based relationship education, including its potential to prevent dating and partner violence. In 2013, Preventing sexual violence: a stocktake of Tauiwi & bicultural primary prevention activities was carried out by TOAH-NNEST.