The Green Party has launched a new campaign to highlight under-resourcing and the need for better access to specialist services for survivors ... 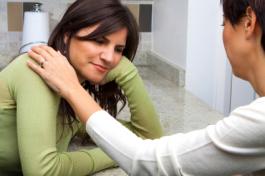 The Green Party has launched a new campaign to highlight under-resourcing and the need for better access to specialist services for survivors of rape and sexual abuse. 'Everyone needs the right help' campaign spokesperson Jan Logie said, "No single government is to blame. This inadequate funding for services has been happening for years, but it needs to stop."

"Groups like disabled people, Pacifica people and refugees are left with no services to support their specific needs. Male survivors of sexual abuse and people in remote communities also have little chance of getting help."

"On top of the current gaps, existing services are being reduced and closed, even though more and more survivors are asking for help, leaving people with nowhere to go."

The campaign was launched as three sexual violence survivor agencies around the country have closed or significantly cut services in the last three weeks. These include Taranaki-based HRC Family Counselling Services and HELP in Auckland.

National Survivor Advocate Louise Nicholas said there was a "risk that to save money, this work would be taken over by people who do not have the necessary skills to understand and support victims of sexual violence. Having the wrong help can be devastating for victims of rape and sexual abuse".