In December 2018, the members of the newly formed Māori advisory group Te Rōpū were announced and the group had its first meeting. Te Rōpū ... 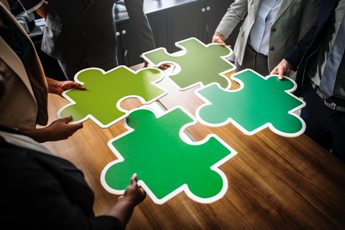 In December 2018, the members of the newly formed Māori advisory group Te Rōpū were announced and the group had its first meeting.

Te Rōpū is the interim Māori advisory group for the Government’s joint venture on family violence and sexual violence.

The 10 members of the group are:

Prue Kapua is the Chair. Ms Kapua is a lawyer specialising in family law, human rights, race relations, and Treaty of Waitangi issues with a predominantly Māori client base. She is currently National President of the Māori Women’s Welfare League and Co-chair of the Oranga Tamariki Māori Design Group.

Ruahine (Roni) Albert (Waikato Maniapoto, Tūwharetoa) is an advocate for social justice and has worked at the local, national and international level to improve government and community services for family violence survivors. Roni is one of the co-founders of Te Whakaruruhau Waikato Women’s Refuge, the first Māori women’s refuge created under the National Collective of Independent Womens Refuges in 1986 and now independent from the National Collective.

Ngaropi Cameron is a registered nurse and counsellor and a senior family violence facilitator, educator and whānau practitioner. She is a foundation member and Director of Tū Tama Wāhine o Taranaki, a tangata whenua development and liberation organisation.

Ange Chaney (Ngāti Hine) is the Manager of Te Whare Rokiroki Māori Women’s Refuge and a member of the Te Taumata o Te Kowhai Core Group (the governance board) for the National Collective of Independent Women’s Refuges.

Roku Mihinui is an independent consultant and director with experience in governance and in stopping family violence. Roku is Chair of the Ministry of Social Development’s E Tū Whānau Māori Reference Group and a member of Oranga Tamariki Māori Design Group.

Susan Ngawati Osborne (Ngāti Hine) is an educational consultant/trainer in Te Ara Whakamana: Mana Enhancement and a kaupapa Māori practitioner in sexual and family violence. Susan is an Executive│Paetakawaenga member of Ngā Kaitiaki Mauri, the Māori caucus of TOAH-HNEST and a current Kaiwhakahaere for Tū Wahine Trust.

Sir Mark Solomon is a professional director and the former Chair of Te Rūnanga o Ngāi Tahu. He has spoken publicly on the impact of family violence and abuse and encouraged whānau to take action through a series of hui throughout the South Island and championed a stopping whānau violence programme called Tū Pono (Stand in Truth) in partnership with Te Pūtahitanga. Mark is currently Deputy Chair of Canterbury District Health Board.

A more detailed biography of all members is available with the Beehive press release.

Te Rōpū will work with government Ministers and the joint venture to develop the national strategy and action plan, and inform enduring arrangements for Māori involvement in the government’s work in this area. The Cabinet papers, including the Terms of Reference for Te Rōpū, are available on the Ministry of Justice website (see the Cabinet paper Leadership of Government’s collective efforts to reduce family violence and sexual violence, Appendix 4: Terms of Reference for interim Te Rōpū).

Under-Secretary to the Minister of Justice, Jan Logie said:

“Our work to stop family violence and sexual violence is critical, and needs Māori leadership. There are a few ways we can do that, and we didn’t want to make that decision unilaterally. That’s why this interim group has been appointed. We want people who are grounded in Māori communities and have a huge breadth of experience and knowledge of these issues to be making that call. We know that it’s imperative we learn from kaupapa Māori responses to violence, and unlock the solutions that are already out there, because they work."

In an interview with Waatea News, Chair Prue Kapua said the group is different from other committees as Te Rōpū will have the opportunity to make decisions and a commitment to carrying them through.

For more information about the process to appoint members to Te Rōpū, see the November 2018 update from the Family and Sexual Violence Work Programme.