Rape Awareness Week (RAW) is running this year from 6th to 12th May. It has  two key focuses: raising awareness of sexual violence in the community ... 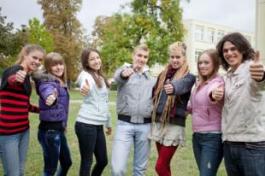 Rape Awareness Week (RAW) is running this year from 6th to 12th May. It has  two key focuses: raising awareness of sexual violence in the community and media, and promoting services for survivors around the country. The theme is “This is coercion – this is consent”. RAW is planned by a sub-group of national representatives nominated by different collectives, with at least equal numbers of Māori women participating in the group.

In addition to the RAW campaign, the National Collective of Rape Crisis and Related Groups Aotearoa has launched a new 0800 helpline. The helpline is staffed by support workers based in the Collective's affilated centres around New Zealand. Calls will be free and directed to the caller's closest service, but allow monitoring of the number and length of calls nationally. All crisis-line workers have been trained by Rape Crisis to support survivors.

The new number, 0800 88 33 00, officially launched on 6th May. National Rape Crisis is hoping other survivor agencies will join the helpline following a period to address any issues, inviting other survivor groups to get in touch.

An associated poster campaign displays the new number. The posters define consent and coercion, and give examples of coercive behaviours and consenting behaviours. National Rape Crisis would love to see the resources being used by other groups.